With sponsorship now a billion (trillion?) dollar market, brands across the world are lining up to associate themselves with sports, music and tech events.

Successful event sponsorship is generally a win-win scenario for both parties. For the sponsor, it’s an opportunity to align with a credible, much loved entity, thereby shaping your brand’s story and colouring the opinion of the consumer. On the other hand, for the event, it’s of course a money spinner and a major chance to raise profile.

Think of Heineken’s long running sponsorship of the Heineken Cup for a great example. Europe’s premier rugby tournament has benefitted hugely from the money pumped in, while Heineken is now seen, in Ireland certainly, as a beer associated with everything to do with rugby, from watching a game in the pub to all the socio-ecomonic connotations that come with the game.

Of course, one of the dangers of throwing money at a sponsorship involves lack of control over the final product. With this in mind, an emerging trend for savvy, ballsy brands who have money to spend on sponsorship, but also the appetite for going ‘above and beyond’ is to create and execute their own branded events.

This scenario allows a brand to take all the kudos and equity that comes from aligning with consumer passion points like sport or music, without diminishing or diluting the returns in any way, therefore insulating from competition or scandals etc.

Here are 4 examples of brands which have created their own events and executed on a brave sponsorship opportunity. Don’t be surprised if we see more of this in years to come, as marketers look for more ‘bang for their buck’.

The second annual Samsung Night Run was held last weekend in Dublin. With a relatively enormous % of Irish adults taking up running, both as a sport and a means to keep fit, Samsung decided to get in on the act. The brand realised, however, that they needed something to set themselves apart from the multitude of marathons, fun runs and charity events that take place each week. By offering runners the opportunity to trek around Dublin city centre by night Samsung won a huge amount of P.R. and the earned media was exponential.

The king of branded events, Red Bull took sponsorship to new levels last year, with ‘Red Bull Stratos’. I wrote extensively on this at the time, but as one Tweeter quipped, they effectively ‘created their own SuperBowl’. On a quiet Sunday evening, the Austrian energy brand broke space records, attracted millions of livestream viewers, and handed the Monday morning paper editors hunderds of amazing photographs. Red Bull are masters at this type of sponsorship strategy, with the likes of Flugtag, Air Race Red Bull Music Academy and X Fighters also within the portfolio. 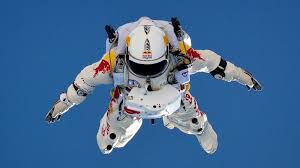 On a more local level, Guinness (Diageo is a Target McConnells client), first devised the ‘Arthur’s Day’ concept in 2009 to celebrate the 250th anniversary of the birth of Arthur Guinness, and have maintained the St. Patrick’s Day esque festival of bands, craic and beers on a Thursday in September ever since. While some cynics see the day as a made up marketing gimmick, one can only wonder how many millions of pints have been sold to raise a toast to the great man, and, consequently  how many millions of working hours have been lost because of the mass hangovers the day after!

The ‘King of Beers’ may not be seen as much of a music brand on this side of the water, but in the last few years, Bud has become a tastemaker and facilitator of new music in America. Last year, the brand enlisted the help of Jay Z to curate the ‘Made in America‘ festival in Philadelphia. This hugely successful event returns in 2013, while Bud Light ‘Music First’ will also run throughout the Summer. Culminating in 50 concerts in 50 states on one day,  ‘underground’ artists like Kendrick Lamar, the Flaming Lips, Drive-By Truckers, Mowglis, Frank Turner and Mastodon will all take to various stages on August 1st. Prize giveaways and content will be a key part of the strategy, with a ‘MySpace’ microsite launched here.