I wasn’t really much of a Lego fan growing up.

Building and engineering wasn’t really my thing. As a good country boy, when it came down to it, I was more of a farmer on the playroom floor! 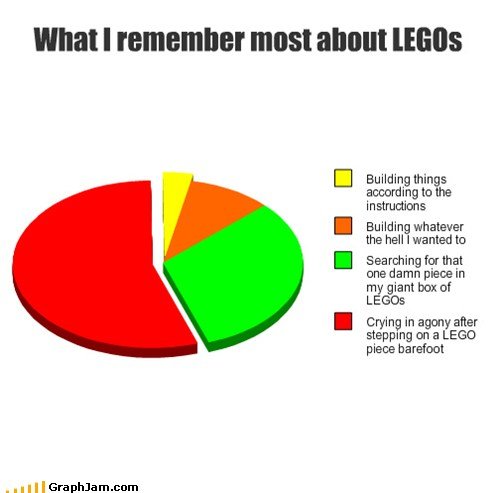 In general Lego didn’t even come onto my radar.

It was a legacy toy, something that my Dad might have enjoyed back in the day perhaps, but I certainly wasn’t going to take up.

Eventually, as I got a little older, I began to gradually take up computer games.

At that stage, playing with little plastic wooden blocks wasn’t anywhere near the top of my priorities. Although I do remember a particularly vicious ‘upturned Lego blocks in a dark room attack’ being played on me!

This week, Lego released ‘The Lego Movie’. It serves as an illustration of how the brand has come full circle from niche evangelism to one of the largest, most respected and, importantly, most innovative brands in the world.

For me, the best marketing and advertising we’re seeing these days is based around the transmedia concept – storytelling using a multitude of channels, devices and tools in a variety of unique, smart ways. Think Red Bull’s content strategy, companion ‘second screen’ T.V. apps or interactive branded games for example. We embrace stories that touch our hearts, have some sort of emotional resonance or hook us, and the best brands understand that marketing is no longer about the sales pitch but the story.

What’s important to remember though, is that transmedia, while defined as a story that unfolds across multiple media outlets and platforms, must also revolve around the end users taking an active role in the process of expansion. Great transmedia stories almost always offer the consumer the opportunity to immerse themselves, projecting depth and richness to characters and themes.

Lego has taken these principles and built an uber brand through a variety of media channels, using a fragmented, dispersed strategy.

Facing competition from all angles, including the scourge of computer gaming, Lego understood that it does not ‘just sell toys’, it’s in the business of ‘imagination’.
Just like Red Bull doesn’t ‘just’ sell pissy caffeinated cherry water – it’s in the experience business.

Lego brought their bricks to life through the magical power a of story told through multiple platforms, with the simple mantra of ‘ inspire and develop the builders of tomorrow’.

Take the Lego Movie for as an example. While the film grosses millions in box offices around 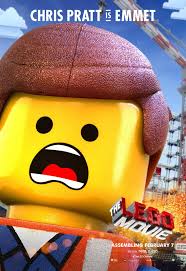 the world, the heroes of the big screen will also be the stars of a video game, as well as being sold in traditional retail stores in toy kits.

Lego has created animated T.V. shorts, used apps, social and gamification to bring its characters to life and, in finding a multimedia expression, has breathed new life into a previously ailing toy category.

Smart partnerships with the likes of LucasFilm, Volkswagen and Cartoon Network  for video games, T.V. shows and new products illustrates a willingness to be fluid, an important trait for any great 21st century brand.

According to a NY Times, piece, the collaboration with Lucasfilm for example has spawned one of Lego’s most successful toy lines, as well as three video games and several movies and specials made for TV and the Web, including “The Yoda Chronicles,” which was released last Autumn.

At the same time, and again, similar to Star Wars, Lego has always been aware of the need to bring fans along on the journey.  The fans have taken possession of the Lego universe from the beginning and ‘fan briction’ (fan fiction using Lego characters as a central tenet) has exploded in popularity. The web is already teeming with Lego stop-motion animation. For fans young and old, making your Lego ‘come alive’ has always been the dream, and technology now effectively allows that!

Lego is also very supportive of fan forums, clubs and sites, while there’s even a long tail cottage industry of ‘underground’ Lego makers, creating ‘forbidden’ pieces like guns and ammunition which Lego seems to turn a blind eye to.

The above is a relatively crude example of what Lego’s platforms look like, without even taking retail into account.

For me, ultimately, Lego is a precise and inspiring transmedia case study of how a traditional brand can future proof its business by innovating, evolving and adopting new strategies and technologies.

Can your brand take these learnings and do something similar?

* By the way, keep an eye on Angry Birds, another brand with designs well beyond its core product (app gaming) and a focus on becoming a worldwide transmedia brand.