In the midst of the fanboy cooing around Apple’s big announcement last week, perhaps the most important announcement of all was lost in the ether somewhat. Along with a marginally improved iPhone (what’s new there?) and a nice sounding but potentially superfluous smartwatch, Apple also announced the Apple Pay.

Just like in 2001, when Steve Jobs saw his opportunity to re-shape the music industry with the iPod, ‘Pay’ could represent the unexpected smash hit that propels Apple into yet another lucrative space.

Mobile payments, while long seen as the next big disruption industry for banking and credit cards, hasn’t really caught fire yet. A mixture of poor user experience, consumer concerns over privacy and data and perhaps most importantly, suboptimal hardware has nullified its impact. Google Wallet was an unmitigated failure for one of the world’s biggest brands, Paypal and other banks have failed and though NFC has been adopted, it still remain niche in usage.

Surprisingly, it’s the least technologically adept continent that has led the way in mobile payment. In sub saharan Africa, and particularly Kenya, consumers have skipped laptop/tablet ubiquity and moved straight to the cheaper, more efficient smartphones. Almost 80% of people with cell phones in Kenya use them for mobile payment and banking (and three quarters of the people own smartphones.) 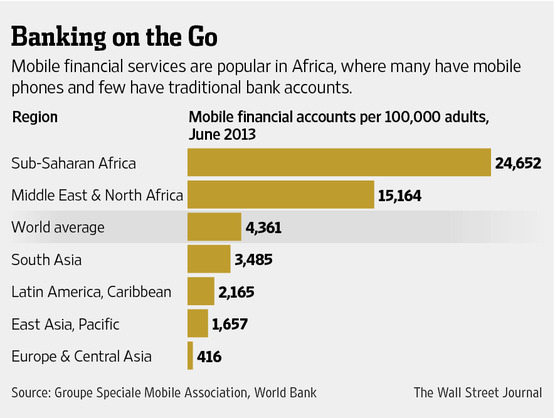 On the other hand, it seems a Western tipping point is on the way. In the US, it’s estimated that 12bn per day is spent in store through credit cards. That’s a large slice of pie for whomever gets it right, and Forrester estimates that the mobile-payments market alone will probably more than quadruple to about $90 billion by 2017.

Last week, Apple announced it had created a product which will ‘forever change the way we buy things’. On a day of meaningless, high falutin’ claims from Tim Cook, this was perhaps the most interesting. ‘Pay’ is an ingenious blend of NFC facilitated contactless payments, combined with the in built security features of the iPhone 6 and its finger print technology.

Without going into the technical ins and outs, it’s the best solution that’s been put forward so far to M-Payments, and will allow consumers to merely swipe their phones in store to pay for items.

That alone won’t make it a widespread success. But Apple’s sheer scale might.

Unlike other brands, Apple, the most valuable brand in the world, controls the hardware and software in its products, and has the inbuilt trust (or in some cases fanaticism) that means it can convince consumers of the benefits. Already, 220,000 US retailers including McDonalds and Subway have opted into the system, while perhaps more importantly, 6 major banks and Mastercard, Visa and AmEx (83% of the U.S. credit card market by volume) are also on board. That’s big.

Apple isn’t doing all of this for free of course. In payment for the frictionless system, it will take 15 cents of a 100 dollar purchase. A relatively huge chunk which will give Cook and co. another nice revenue stream.

Basically, the banks know they need to change, that it’s of benefit for everybody involved, and Apple seem willing to place themselves as the facilitator.

Mobile payment is a route notoriously fraught with danger, and the hollowed carcasses of many failed attempts line the path. But if there’s one brand who can make it happen…

Never mind the bigger screen iPhone and the long in the offing watch. Apple Pay has the potential to really revolutionise how we purchase, and therefore, our society as a whole. Just like iTunes before it.